Russell Stutler: My observations on the Waterbrush (wrote in October 2011):

There is a new type of waterbrush on the market now by Blue Heron Arts that uses a piston filling mechanism. It comes in both a long model for painting at home and a portable pocket version (in the photo below) which has me excited because it is so portable and looks good in the pocket as well.

The bristles look and feel the same as soft traditional brushes, so you can use many of the same techniques you could do with a regular brush which are not so easy with stiff white bristles on the squeeze type waterbrushes mentioned above.

The piston also gives you better control over the water flow, even to the point of stopping the flow completely for dry techniques, and you can turn it with one hand alone by grasping the end knob with your little and ring finger and rotating the barrel with your thumb and index finger. You can also post the cap and turn it, which will then turn the knob, but I prefer to use it with no cap posted because it seems better balanced and easier to handle that way.

Although you can turn the piston with one hand, use two hands to uncap the water brush barrel don't try it with one hand because it can snap the pen in two. I know because I did it!

[I took this photo after I had used the brushes daily for a few weeks.]

The one problem I have encountered with these is the fact that water can come out the sides of the black plastic section that holds the bristles. There is a some kind of air vent on the larger of the two, and two vents on the smaller one. They don't seem necessary, and caused water to come out the sides when I wanted it to come out the tip. After I plugged them up, the flow was much more predictable, and these brushes do exactly what I want, and work like a dream. I used J-B weld since it was handy -- it's dark gray and barely visible in the photo (every handyman should have a few tubes of J-B Weld sitting in a drawer somewhere).

The maker says to fill these by pointing the pen downward and submerging the tip in a glass of water, but I'm lazy, so I just hold them upright under a faucet with running water and turn the piston knob to fill up the barrel. That works well for both piston and squeeze type waterbrushes.

09/14/2017
Feel free to make it 5 stars, since I love these water brushes. They keep a fine line, and are more versatile than the squeeze type since I can regulate the water flow better. I ordered a few more today through Amazon where I have gift certificate points.

Russell Stutler: My observations on the Waterbrush (wrote in ..

**COVIC-19 shipping: we will continue to operate from home and ship your order as quickly as possible. Thank you for your patience and support! Keep painting to keep calm and healthy! For international customers please check USPS international service alerts list. **

We ship world- wide from Los Angeles, California. To find out the shipping cost, please add the items you are interested in to the shopping cart and you will see a shipping calculator there. Simply select your country from the pull-down manual and hit "recalculate" to see the cost. Free shipping on domestic orders above $200. Click here for more information about our Shipping and Return Policy. 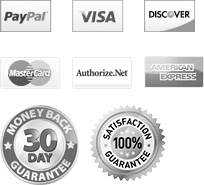